Maintaining the Cleanliness of your Spaces in San Francisco, CA with Junk Hauling

Face it: too much clutter and what most would categorize as “junk” really takes away from the aesthetics and overall comfortable feeling of any living or working environment. That is why junk removal is essential to both your home and workplace.

Not only can you boost your productivity and relieve stress when clearing out junk, but junk removal also lessens the risks of accidents when you’re at home doing chores or working in your office.

Maintaining an orderly and clean space brings out the best in your workplace and home. The question now is: how do you maintain this state of cleanliness in your immediate area?

If you live in San Francisco, CA, it is quite easy to do with 1-877-DUMP-PRO. Read more to learn more about what we offer and how we help our clients in San Francisco County keep their space looking its best.

Junk hauling refers to the gathering and hauling away of unnecessary, unwanted stuff and materials from your home property or your office. It is inevitable to have junk piled up at your home.

That is why junk hauling is beneficial if you’re looking for a way to clear things out of your work space. Whether you need to make space for new furniture or your place needs a good “spring cleaning”, junk hauling is the perfect solution.

Your home is probably the one place that has the most amount of piled junk put aside and forgotten. Bundles of paper and stashes of knick knacks are commonly kept until they’re buried in the storage area of your home.

Of course, you can do the cleaning yourself to remove unwanted items. But what if you have huge amounts, or even dangerous objects that need to be thrown away properly? Consider services like junk pick up and junk hauling, which is what we offer at 1-877-DUMP-PRO.

Chances are, you have put aside items and collections of random stuff because they are broken, old, or no longer serve their purpose. Haul just about anything and everything with a junk hauling service. But if you need some ideas, here is a (not-so-exhaustive) list of what you can get rid of:

The junk doesn’t just end at home. Workplaces and offices are guilty of piling things up, too. Junk removal in San Francisco County is here to save the day! The following are some tips to follow to achieve a working environment which is safe for everyone who works in or visits your work space: 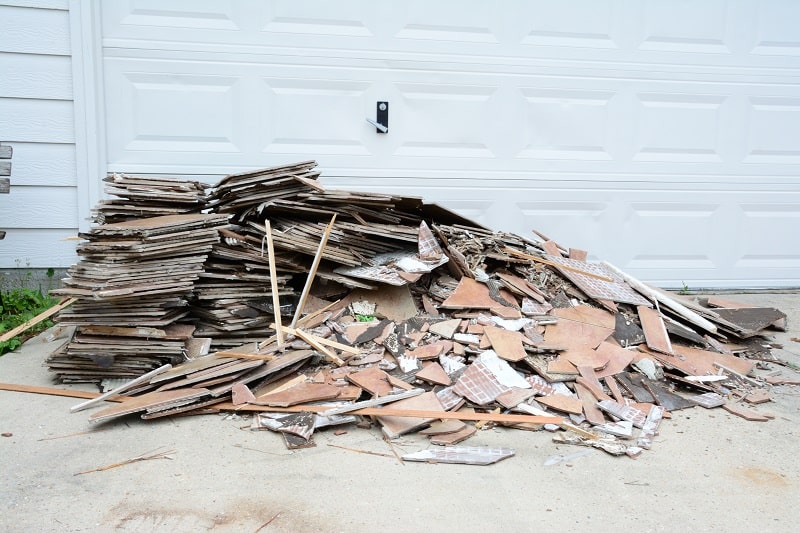 If your workplace is located in or around San Francisco, CA, we are just a hop, skip, and a jump from you. We are here to the rescue!

What are the junks that you can haul off from your office?

You may not notice, but your workplace probably has a lot more junk than you think. These piles affect your working morale and productivity. They can also affect the overall atmosphere in your office. Below are some of the things that you might want to consider hauled away:

Not only do broken items such as the ones above affect the appearance and ambiance of your office, they can also become the reason for accidents and unwanted events. That is why it is so important to routinely clean out your work space and hire professionals like 1-877-DUMP-PRO to make sure all that old junk is properly disposed of.

Maintaining the cleanliness of your spaces adds to the general appeal and appearance of your home and office. Regularly cleaning up is also a way to ensure that your place is free from debris, broken electronics, and hazardous waste, which could endanger employees, guests and family members.

A junk hauling service is a great option to have a junk removal session at your home or place of business. If you need a helping hand, you know who to call. 1-877-DUMP-PRO is just a call away so contact us at 877-386-7776 today.

Some information about San Francisco, CA

The earliest archaeological evidence of human habitation of the territory of the city of San Francisco dates to 3000 BC. The Yelamu group of the Ohlone people resided in a few small villages when an overland Spanish exploration party, led by Don Gaspar de Portolá, arrived on November 2, 1769, the first documented European visit to San Francisco Bay. The first maritime presence occurred on August 5, 1775, when San Carlos—commanded by Juan Manuel de Ayala—became the first ship to anchor in the bay. The following year, on March 28, 1776, the Spanish established the Presidio of San Francisco, followed by a mission, Mission San Francisco de Asís (Mission Dolores), established by the Spanish explorer Juan Bautista de Anza.

Upon independence from Spain in 1821, the area became part of Mexico. Under Mexican rule, the mission system gradually ended, and its lands became privatized. In 1835, William Richardson, a naturalized Mexican citizen of English birth, erected the first independent homestead, near a boat anchorage around what is today Portsmouth Square. Together with Alcalde Francisco de Haro, he laid out a street plan for the expanded settlement, and the town, named Yerba Buena, began to attract American settlers. Commodore John D. Sloat claimed California for the United States on July 7, 1846, during the Mexican–American War, and Captain John B. Montgomery arrived to claim Yerba Buena two days later. Yerba Buena was renamed San Francisco on January 30 of the next year, and Mexico officially ceded the territory to the United States at the end of the war in 1848. Despite its attractive location as a port and naval base, San Francisco was still a small settlement with inhospitable geography.