Why To Get a Local Dumpster When Removing a Tree Stump in Daly City, CA 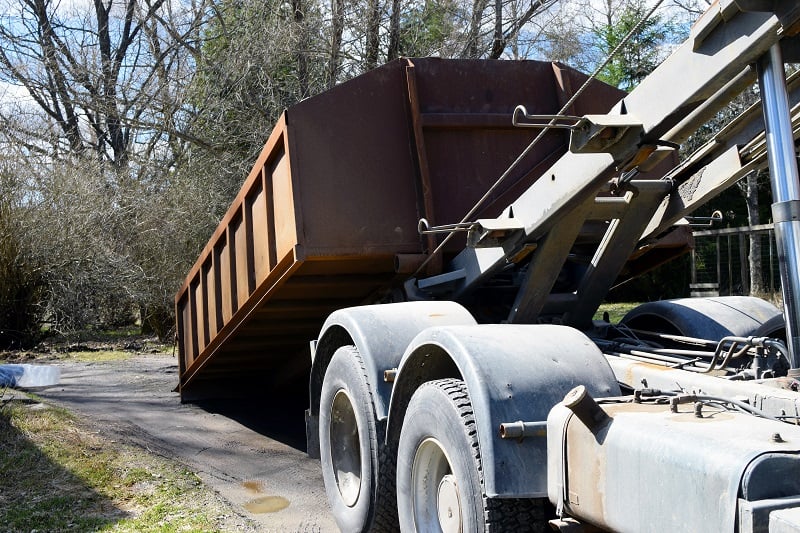 Here, we’ll discuss why you should remove your tree stump, how to remove it, things to consider when renting a yard dumpster of different dumpster sizes, and the benefits of getting a local dumpster in Daly City, CA for your tree stump waste removal and waste management, and how it can help with your home remodeling and home improvement projects. We offer a wide variety of sizes for dumpsters with sizes ranging from small to extra large. if you have any questions about the cost to rent a dumpster call 877-386-7776 today!

Why You Should Remove Your Tree Stump

There are several reasons you should consider removing a tree stump. The most superficial reason is that they are unsightly. Having a tree stump or a dying tree in your yard makes it look shabby and unkempt.

As well, your decaying tree stump can attract wood-eating pests, such as termites, beetles, and other decay-loving insects. These pests can damage the healthy parts of your lawn. Also, they can promote the growth of fungi, which can damage your property and is dangerous to your pets and children.

Besides damaging your yard and health, tree stumps are dangerous, as someone can trip over them. Especially if your stump has exposed roots, they can easily trip a child running through the yard. For everyone’s safety, it’s best to remove the tree stump.

How To Remove the Stump

There are multiple ways to remove your San Mateo County tree stump that you should consider before deciding which method works best for you. Luckily, you can do most of these on your own with some tools and a local dumpster from 1-877-DUMP-PRO. You can burn the stump, use chemicals, and remove it with a chainsaw and stump grinder.

It’s important to make sure you can burn a tree stump in your city before choosing the burning method. To burn the stump, you must first drill holes into the wood and insert kerosene in the holes.

Then, all you need to do is ignite the stump and watch it burn. You should always make sure you don’t leave the fire unattended. Once it’s finished burning, you can cover the fire with topsoil.

To remove a tree stump with chemicals, you will first have to use a chainsaw to trim away as much of the tree stump as possible. Know that, while this method does not require a lot of labor, it can take up to four weeks before you see results. Like the burning method, you will need to drill holes into the stump.

You must fill the holes with water before adding the chemical, potassium nitrate. Now is the waiting game—you will have to wait three weeks for the chemicals to cause the stump to rot. After it rots, you can break it apart with an ax. Remember that whenever you use an ax or chainsaw, you must wear goggles to protect your eyes.

Finally, you can remove the stump with a chainsaw and stump grinder. If you’re OK with putting in the labor, this is a quick and inexpensive way to remove the tree stump. You will need to wear goggles, gloves, and steel-toed boots to protect yourself for this method.

You must first use a shovel to move the dirt around the stump and expose its roots. Next, you must cut away as much of the stump as possible before you can pull out the stump grinder. With the stump grinder, you can grind away the exposed wood slowly, removing any roots as you see them. Afterward, fill the hole with wood chips or sawdust before covering it with topsoil.

Now that you have gotten the stump out of your yard, you have to remove it from your property. For this reason, you will need a dumpster rental in Daly City, CA.

Things To Consider When Renting a Dumpster

After you have chosen one of these methods to remove your tree stump, you need to consider getting a dumpster rental. There are several factors you should think about before you call a company to rent one. Think about how big of a dumpster you will need.

Are you removing a small stump, or are you taking down a diseased tree? How much construction debris has to be removed will determine which size dumpster you need? And will the dumpster service be charging a flat rate or be charging by cubic yards.

You also must consider how long the rental period will be. Plan out your stump-removal project beforehand, so you can estimate how long you will need the local dumpster. If you are removing your tree with chemicals, you may only need it at the end of your project, as you won’t start breaking it apart until it’s rotted. To remove the stump with a chainsaw, you may need to rent your dumpster for several days, depending on how quickly you can remove it from the ground.

Finally, you should make sure you don’t need a permit to rent a dumpster. Most cities won’t require that you have a permit for a dumpster rental, but it’s always safest to check with San Mateo County laws first.

The Benefits of Getting a Local Dumpster

Now that you know what to consider before renting a dumpster, these are the benefits of getting a 1-877-DUMP-PRO dumpster in Daly City, CA. Having a dumpster at your disposal will allow you to work fast and ensure you can fit everything into one space, rather than having to make several trips. Also, you won’t have to worry about the decayed or rotting stump sitting around your yard, even after you take it out of the ground. You can dispose of and forget about it before you know it.